These border crossing facts are from the perspective of arriving at Johor Bahru Sentral station in Malaysia and crossing over to Singapore from there.

Climbing out of our sleeper train, we clambered on into Johor Bahru Sentral. At first not really knowing where to go, we waited until the information desk person arrived back from her “errands” – that’s what the sign said anyways.

There is food available in the station as well as places to exchange money. There are two ways you can get into Singapore via a bus or by train. We opted for the bus because it’s around $5 SGD to get the train to Woodlands.

Stopping several times to ask if we were going in the right direction, and showing our passports we were quickly stamped out of Malaysia. Now onto the right bus to get over to Singapore. Honestly, we didn’t have the right change for the bus over, and I’m not even totally sure how much it actually was, but the bus driver was in a rush and just took what little Malaysian change we had. There isn’t any machines to buy tickets in advance, rather you have to ask the bus driver how much.

The short bus ride over the Johor Causeway/Woodlands Crossing and you are at the Singapore border. Everyone climbs off the bus and rushes into the border checkpoint. Before lining up make sure you go over to the side to grab an entry card and start filling out your information in the line. Two stamps later, one in your passport and one on half of the entry form, a date written on when you are going to exit and you are on your way. Unfortunately for me, he gave me the wrong stamp but the border officer did catch up with me and write 30 days on the stamp, so fingers crossed I don’t have any issues when I exit.

After that we jumped on Bus 170 to head downtown. We also only had $10 SGD, and the Singaporean bus driver helped us find change rather then let us overpay. Overall, the crossing is relatively easy and you don’t have any cost associated with a visa or a stamp. It would obviously be more convenient if they were in the same building but this was one of the easiest crossings we’ve had, so I have no complaints.

Singaporeans are not inherently more honest than our neighbours because we come from the same roots. However, our strict rules against corruption and strong enforcement keep everyone honest – and will also keep our immigrants honest. – K Shanmugam 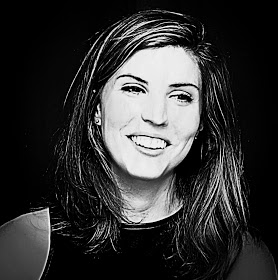 Hi There! My name is Julie Demaree and this is a blog about travel stories and tips for exploring the world.

No Mud No Lotus RSS Feed